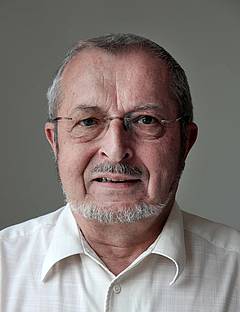 Prof. Claus Wasternack recently received a special recognition for his publishing activity. His review article about jasmonates that was released in 2007 in the journal Annals of Botany, is one of the three most frequently cited publications in the category “reviews”. With a number of 443 citations, his article gained 2nd place in the ranking, which was published in Laborjournal in April.

For the citation comparison, only plant research articles have been considered that were published between 2007 and 2010 including the work of at least one author residing in the German-speaking area. In addition to the most cited reviews, also original publications and most cited authors were selected. More information about the whole publication analysis and entire rankings are available on www.laborjournal.de/rubric/ranking/R13_04/index2.lasso.